There are many industries seeking to gain a competitive edge in the ever-increasing global marketplace. Industries need more than just great leadership, they need valuable insights, a great mission statement, and most importantly a bold strategy. With the advent of social media and modern technology, firms are finding it more challenging while others are able to compete effectively. Small businesses now have greater leverage than ever before and are more likely to make an impact on existing industries. Commonly, threats to strategy are seen to come from outside forces, however, most industries fail to evaluate the signs for stagnation are from within. (Porter, 1996) With the right mixture of great marketing, good product, fair price, and a great strategy, firms can propel their industry forward. We will apply Porters Five Forces of Competitive model to two completely different industries and determine which industry has a higher probability to disrupt an existing industry and reap the greatest profit. 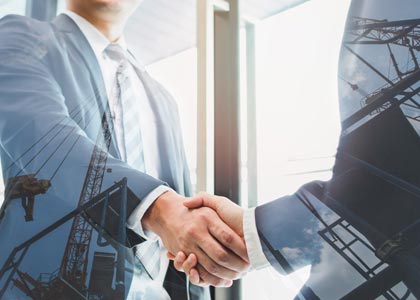 Chobani is an American owned yogurt company found by an immigrant from Turkey. He opened a plant in the United States in 2005 by means of and SBA loan. The factory was formerly owned by Kraft Food. He set out to make Greek Yogurt that was a staple of his diet in Turkey. For two years, Hamdi Ulukaya experimented with different blends to bring Greek yogurt to American households. Chobani faced many obstacles as he tried to differentiate itself from the competition. Chobani wanted to make Yogurt free from preservatives that it felt was missing from competing industries. The threat of Chobani entering an existing market was already dominated by multi-national cooperation’s. This was evident by the strong hold Yoplait and Dannon held. The differentiating factor between Chobani’s Yogurt and competing Yogurt manufacturers was the taste and preservatives. As Chobain’s Yogurt became highly successful, it became more difficult for new entrants to compete against Chobani due to the costs of opening a factory. High barrier to entry also makes exiting more difficult (Porter, 1996). The threat of substitutes for Chobani is also great as current Yogurt producers can mimic or replicate the Greek flavor by simply altering the ingredients. This can make the buyer susceptible to substitution.

The supply power of Chobani’s suppliers has minimal effects on Chobani as ingredients can be bargained from various providers. Due to its massive buying power, Chobani has more firm control over its supplier than the supplier has over Chobani. The greatest weakness Chobani faces is the buying power of its customers. They can dictate lower prices, change to a competing brand or lose interest if tastes evolve and if Chobani fails to meet and understand these emerging trends.

Tesla was found by Elon Musk in early 2000. Morgan Stanley calls Tesla, the world’s most important car company. The last successful American car startup was Ford Motors – over a hundred years ago. Tesla shouldn’t even exist, but it does. Let’s use Porter’s Five Forces of Competitive Model to understand how Tesla became one of the worlds most adored car companies. Tesla is a rare anomaly of a successful car company. There was intense competition amongst car companies when the vision of Tesla was born. Tesla’s unique roadmap of building an all-electric is what set it apart from the rest of the auto makers. Building a car, whether electric or gas, requires exponential capital. Tesla was unique in its efforts as it had both timing (battery technology had improved significantly), and access to immense capital. Also, a brilliant founder with a great vision. Its strategy of thwarting off new entrants into the market gives it a significant advantage as it has excelled in making long range batteries that is considerably better than any of its competitors. It has many patents on its battery technology and great economies of scale. Furthermore, it has already established a strong foothold by installing thousands of charging stations. Due to its great buying power, it can bargain the costs of supplies needed to make its all electric cars. It also owns its own battery manufacturing facility known as the Gigafactory. Ultimately, supplying itself with its own batteries. Suppliers have very little effect on Tesla as it can quickly switch suppliers due it economies of scale and needs. The buying power of Tesla’s customers to demand lower prices is very negligible as Tesla offers both a luxury brand and a more budget friendly model. Currently, there is more demand for Tesla cars than the company can produce.

Chobani and Tesla are two great companies that disrupted giant industries that had already established great economies of scale. The industries it disrupted failed to strategize and understand emerging consumer tastes and behaviors. Positioning is not just about carving a niche (Porter, 1996). A position emerges when a firm is both reactive and pro-active. When an industry fails to become pro-active, competing industries such as Chobani and Tesla can begin to capture existing and new market shares. Using Michael Porters Five Forces of Competitive model, both Tesla and Chobani will continue to remain dominant in their markets for years to come. However, when applying Michael Porters Competitive Model to both Chobani and Tesla using their own industries, it can be said with a great sense of probability that Tesla is much better positioned to dominate and gain more profit in the auto industry when compared with Chobani as it competes in its own industry. 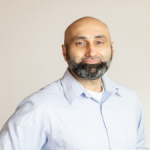